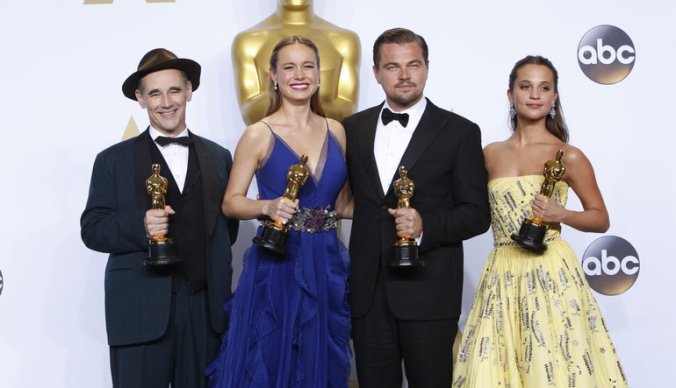 If you’re anything like me right now you’re hunkered down in front of your television waiting for the celebrities to arrive at the Oscar’s red carpet wondering who is going to wear the most expensive dress, who is going to look like a total mess and whether or not Jennifer Lawrence is going to fall. If you’re also like me you always wonder why you actually care about these people whom you will never meet, have nothing in common with and make at least 5 million more in yearly salary than you. So why are we so obsessed with celebrities and the idea of becoming famous?

They say there are two guarantees in life: death and taxes. While some try their hardest to get out of their taxes, death is one part of life that presently we cannot escape. According to the Terror Management Theory of psychology, we have an internal conflict between wanting to live and not wanting to die. This conflict creates terror in which we can quell by making our lives the most meaningful and valuable. Think of it as a more scientific YOLO.

While we may not be able to travel around the world, date the most beautiful people and have houses the size of hotels, celebrities can. Celebrities have the possibility to lead the most meaningful and valuable lives due to their salaries and passion for their jobs and therefore can offset the terror of death more easily than you or I. That’s not to say that celebrities aren’t afraid to die, but can enjoy life more than someone who can barely afford rent and student loan payments.

Seeing celebrities jet set to distant places and wearing clothing that costs more than a car is enough for us common folk to see that there is more to life than death. Celebrities inspire us to travel, to pursue our dreams, and even change our looks in order to increase our own self esteem. When we see our favorite stars on the cover of a magazine at an exotic beach it provides us with an escape from our own dreary lives and takes us away from the reality that we all will one day die. 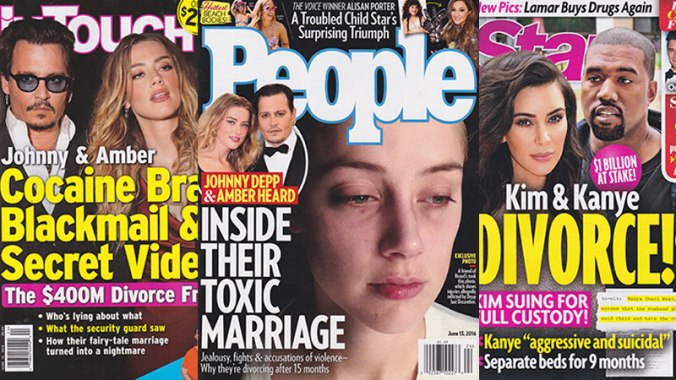 Celebrities Seem More Scandalous Than Us

When Amber Heard alleged that Johnny Depp had beat her during their marriage shock waves were sent throughout not just Hollywood but the entire world. There were camps that protested that Jack Sparrow could not possibly do such a thing and slut-shamed Amber against pictures, videos and other evidence supporting Heard’s claims. And Depp isn’t the only scandalous celebrity. Donald Trump, Brad Pitt, Tiger Woods all shocked the world with scandals of being misogynistic, hurting their children, and adultery. But why are we always so shocked?

This is why when we hear that a celebrity is less than a good person we become so shocked and we feel as if we have been duped. Often times we forget that celebrities are people too and are susceptible to the same fallacies as you and I. When a star commits a crime or isn’t as perfect as we expect it reminds us that they are human, something we cannot readily comprehend. 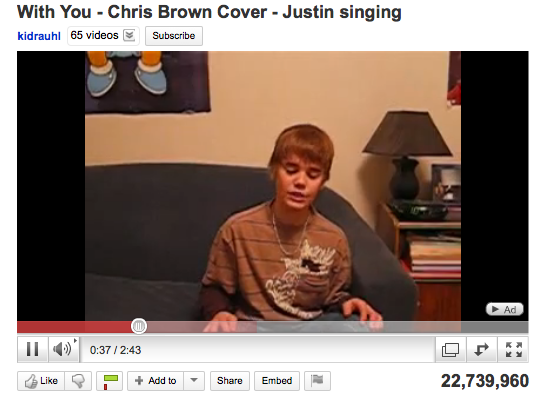 It’s Easier to Become a Celebrity Now More Than Ever

With the advent of YouTube, Twitter and the increasing salaciousness of reality television it is easier than ever to become famous. One person can create videos playing video games and get 50 million subscribers, one person can make a fool of themselves on The Bachelor and become the prime guest on Jimmy Kimmel.

Seeing stars become famous gives us even more hope in leading a fulfilling life and combating the terror management theory. It gives us inspiration that we too can become famous ourselves, make money and have more interesting life events.

The increase in social media also makes celebrities more accessible to you and me. You can contact a celebrity directly on Twitter, comment on their videos, and, if you’re lucky, direct message them for a response on Instagram. Being able to communicate with celebrities that seem more than human not only makes it seem that they are like us, but that we are like them and can have similar lives.

When Obsession Goes Too Far

Our obsession with celebrities have reached a new high that psychologists have felt the need to create an actual disorder: Celebrity Worship Syndrome. There are six classifications of CWS in which people even become stalkers of celebrities:

While it is easy to become wrapped up in the glamour of celebrity it is important to realize that the men and women you see on television are just that: men and women. They may be good at acting, singing, or just being rich (and some of them are not) but underneath all the makeup, plastic surgery and PhotoShop they really are just like us. We should use celebrities not as inspiration to become like them, but to be better versions of ourselves.